Irene Clements Celebrates a Half Century at Penn MSE 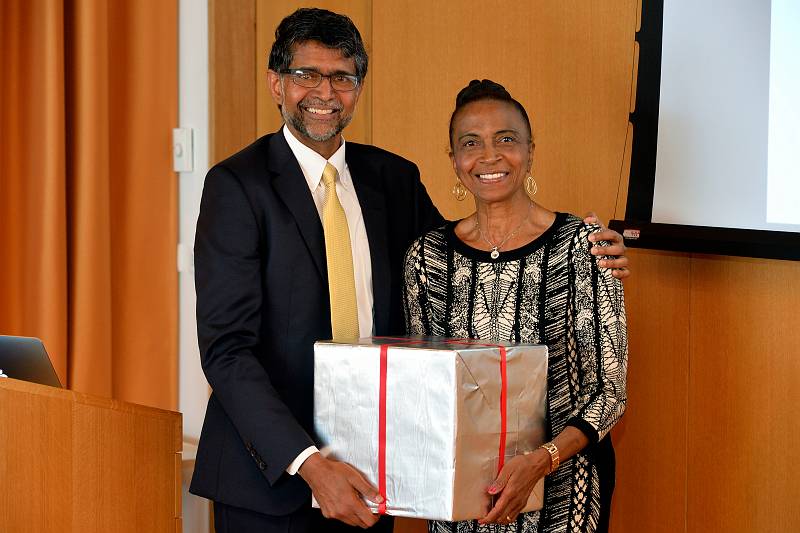 A woman who has truly grown with the Department, Irene Clements, celebrated 50 years of service at the Department of Materials Science and Engineering at Penn on June 29, 2020. Irene came to the Department in the role of Assistant to the Chair. Hired by Dr. Robert Maddin, the first chair of the MSE Department, she went on to work for four other chairs before her longest role as Graduate Coordinator.

Irene came to Penn from General Electric in 1970. Not long out of high school, she went on to complete her Bachelor’s Degree in Business Administration and a Masters Degree of Science in Dynamics of Organization, both at Penn. A feat not easily accomplished while working full time and raising a family. The rest is history — over half a century later! Throughout the years, the family environment of the Department is what continues to keep her motivated to come to work. Her work gives her structure and something new to look forward to each day.

Her favorite part of her role has been interacting with students. She claims she can remember all of their names, even 50 years back! This is especially apparent as alumni visit the department, recalling fond memories of Irene in their master and doctoral years.

As for the next 50 years, Irene plans to spend time with family, friends and her book club, and continue to serve her church community. She wants to travel as much as possible, and stay young!

To celebrate this monumental milestone, faculty, students and staff of the Department surprised Irene with a virtual gathering on July 2. In true MSE tradition, Emeritus Associate Director of the LRSM Andrew McGhie wrote a poem commemorating Irene’s life and career, featured below.

Half a Century at Penn!

We are here to celebrate a lady who

Is a Penn alumna, tried and true.

One who has been here for fifty years,

Outlasting almost all her peers.

The only one with longer tenure

Is Professor David Pope, by far her senior

So who is this person that we now salute?

Why it is Irene Clements, still young and cute,

Who has not lost her flashing smile,

Her sense of humor or ability to beguile.

She is the same young girl I met

Nearly a full half-century ago, and yet,

Although I know her age, I marvel still

How little has changed about this ‘girl.’

She came to us here only twenty-one years old

Still wet behind the ears, if truth be told.

But look at her now-a woman with class

As Penn’s bachelors and masters degrees she has passed

The coordinator of graduate students she be

In our fine department of M.S. and E.

She has served all chairs from Maddin to Winey

And, to me, always appeared delightful and shiny

As for fellow staffers, Vicky Lee and Pat Overend

Both will be first to call her a friend.

For she is always willing to give help to others.

Down to her last penny, if she had her druthers.

And who will forget when that time comes around

Out selling Girl Scout Cookies, she is sure to be found.

Let us not forget, also, her life outside Penn

As mother to Ebony and Kia and then

So it is not as if she has nothing else to do.

But, if that were not enough, also twenty-four/seven

She works for her church- on a sure path to heaven.

What else can be said about this Penn woman renowned

She has outlasted faculty, Graham, Laird, McMahon, and Brown

Not to mention Worrell, Fischer, Vitek, and Girifalco

And she’ll be here long after many others all go.

And so, to this wonder woman, let us give a great cheer

For surviving at Penn for a full fifty years!